Virtual Courts ... Predictions and Beyond 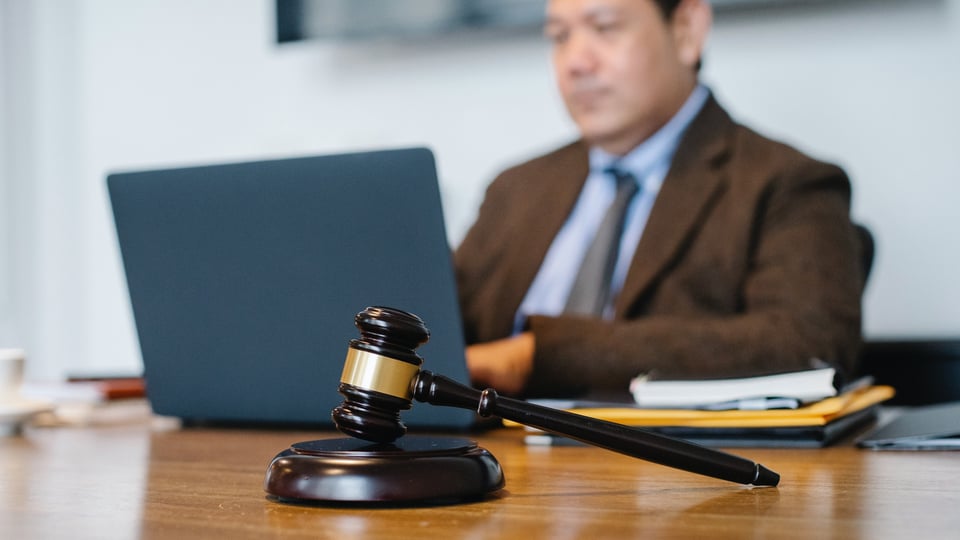 The pandemic of 2020 will be remembered for generations, not only due to the loss of life but also because of the changes it forced society to make. Wearing masks, social distancing, and teleworking have changed almost every aspect of American life—including the court system. Although the long-term goal of returning to normal, the reality is that some aspects of virtual depositions and court applications may continue long term.

Virtual or remote hearings are not new. The practice has existed in various forms since the late 1990s. However, the pandemic expanded the practice and led to the use of new platforms for delivery. This, in turn, forced many courts to re-examine how court proceedings were to be conducted going forward.

Before 2020, the use of virtual hearings was somewhat limited and administered very differently from one jurisdiction to the next. In some cases, the practice was allowed only for non-trial issues, such as the issuance of a warrant, preliminary arraignment, or bail hearing. Others permitted full hearings but only with the defendant's approval, and some had no limitations at all.

Based on the court and the type of hearing, virtual could mean anything from a simple phone conversation with the judge to a full hearing with audio and video features. Delivery of subpoena notifications varied by jurisdictions and court types.  These could range from paper deliveries for officers or civilians to online electronic subpoenas.  Regardless of the delivery system, most of these proceedings were hybrid, with some participants in the court and others at a remote location, often in a correctional institution.

As the pandemic spread from a few weeks to months, with little end in sight, courts nationwide were forced to examine how they did business. Expanded use of virtual courts was a natural step. However, some hurdles needed to be overcome.

As stated earlier, some jurisdictions prohibited or limited the use of virtual court proceedings. The idea that a trial is an in-person opportunity to confront accusers and cross-examine witnesses is a cornerstone of our judicial system. Other jurisdictions simply did not have the technology to fully implement what was permitted. Although many courts followed the lead of business and education by utilizing online meeting platforms, such as Zoom or Skype, they were not always as reliable as desired. Finally, there was the matter of everyone involved not only having access to the technology but being proficient in its use.

As 2020 ended and the pandemic continued much longer than originally expected, many of these issues were addressed. At least temporarily, courts were utilizing virtual technology when possible. The question then became, "Will this continue?"

Most experts agree that virtual courts are here to stay in some form. To what degree they replace in-person proceedings is yet to be determined. In deciding what business will be conducted remotely and what will be done face to face, each jurisdiction and court will need to examine the positive and negatives identified post-COVID.

The ever present risk of spreading the pandemic is significantly reduced with a virtual court experience.  In addition, having  to transport potentially dangerous offenders decreases the danger they pose to court staff, law enforcement, witnesses, and the public.

Lawyers are able to participate in multiple proceedings in multiple courts without having to travel and then wait for their cases to be called. This aspect alone increases efficiency, allowing more cases to be heard in a shorter timeframe. This benefits all concerned -- defendants, judicial practitioners and witnesses.

The increased dependency on technology does not eliminate the need for courtroom security, it shifts the focus from physical security to cybersecurity.

Steps must  be taken to allow secure, private communication between lawyer and client, lawyer and witness, or judge and lawyer(s). There also needs to be a determination regarding the possible recording of virtual proceedings and potential access to those recordings.

It is hard to overcome the natural bias that exists when a defendant is already in custody. There is the possibility that having a defendant seen by the court via video from prison increases this bias.

Lawyers depend on their interaction with witnesses to present a specific image to the court. The lack of personal connection is likely to prohibit or diminish this ability.

Where Do We Go from Here?

Sure, the vaccine has been rolled out nationwide. But it's likely that virtual courts and depositions won't be going away any time soon. Only after a critical mass agrees that the pandemic’s health risk are no longer a threat will there be a partial return to the courthouse. It's more likely that a period of reassessment will continue using a hybrid approach.

Different courts and jurisdictions will determine their best methodology. Complex criminal cases are most likely to return to the courthouse. With litigators facing each other once again it's probable that they will discontinue using the added layer of technology. Simply put, the more complex the case, the more likely of going back to an in-person courtroom processes -- especially for jury trials.

As the courts have adapted to virtual witness depositions and hearings, one advantage has been the significant time and resource savings. From savings in paper cost alone to time savings for clerks and travel cost savings for lawyers and witnesses, technology has delivered valuable cost reductions. Documents will continue to be filed and delivered electronically, payments will be received and transferred with the push of a key. In the long run, these types of efficiency will increase.

Not only will virtual courts remain a part of our future judicial system, but the virtual presence will continue being adapted as the new norm. The question going forward for each court to answer is whether or not  hearings need to be conducted in-person.  Only time will tell.

Serving Those Who Serve